Editor’s Note: South Bay activist, longtime struggle rap auteur, and 1/3 of DadBodRapPod, Demone Carter, took a second to explore a fleeting yet impactful moment in hip-hop– the ’95 Source Awards where a babyfaced 3 Stacks unapologetically announced the South’s arrival and subsequent industry takeover. Really glad to add Mr. Carter to our long list of thoughtful contributors and looking forward to seeing what he comes with next. Thanks Demone! – DM 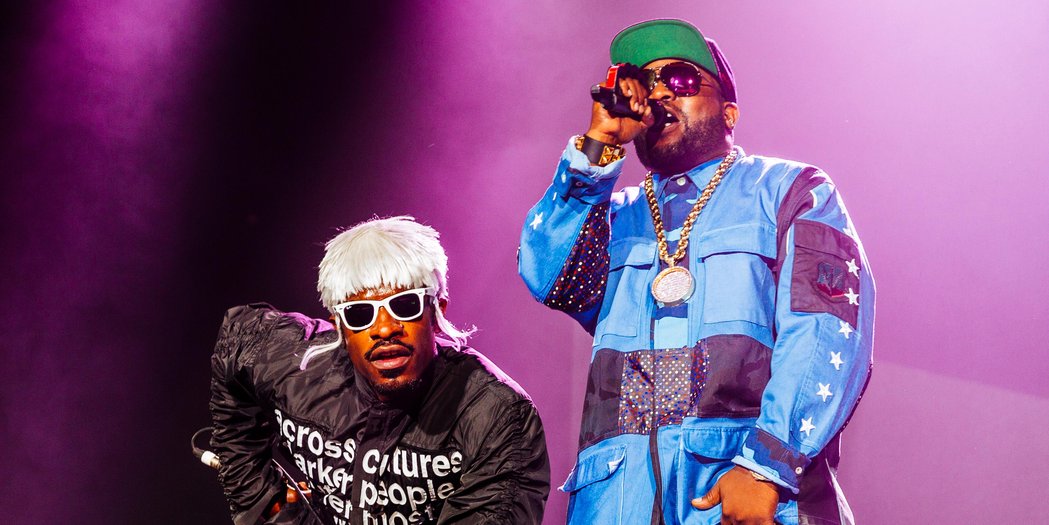 August 3rd 1995, a dashiki-clad Andre Benjamin glared into the audience gathered at Madison Square Garden for the Source Awards and made a boldly prophetic proclamation.

“The South got something to say” his words drifted into a sea of open hostility. In our world of 24/7 social media antagonism, that statement may not seem like much, but it was a big deal. A culturally redefining big deal.

To understand the weight of Dre’s prophecy, we have to look at what the rap landscape looked like in 1995. Notorious B.I.G was making his ascent as King of New York, a coastal rap war was brewing with Bad Boy and Death Row Records at the center, and a soon to be legendary rap group from Atlanta was taking the hip-hop world by storm on the strength of an absolutely perfect debut album called SouthernPlayalisticCadillacMusic.

The album was hailed as a breath of fresh air, even by some in the mecca of hip-hop, New York City. But the Big Apple rap chauvinism that had long been the norm in hip- hop was not ready to die in 1995. The prevailing thinking among many artist and tastemakers in New York was (with few exceptions) that if it wasn’t from the five boroughs, it probably didn’t matter.

West Coast rappers knew this all too well as they had been engaged in a pitched battle for respect from their East Coast peers in the pre- Chronic album era. In 1991 Bronx Rapper Tim Dog went so far as to articulate his rap nativism in the song “F*ck Compton.”

While derision had been directed at the West Coast for years, Atlanta as a city and the South, in general, were considered non-factors before the emergence of OutKast. The Source Magazine, The hip- hop paper of record in 1995 gave Outkast’s debut classic a 4.5 mic rating, docking them a half a mic for having the audacity to include an R&B ish strip club anthem called ‘Funky Ride” (decidedly un-New York). Attitudes were changing but not too fast.

Enter the 1995 Source Awards. An event which video clips and first-hand accounts suggest was the most brolic award show in history.

Most remember Snoop throwing down the gauntlet against the entire coast after getting a chilly reception from the assembled East Coast dignitaries. Suge Knight’s brazen taunting of Sean Puffy Combs is also the stuff of legend. Equally infamous is the moment when Outkast, was indeed treated as such, upon being announced as the winner of the best New Artist award.

As Salt-N-Pepa spoke their name with a lilt disappointment, Andre and Big Boi walked to the stage and got serenaded by boos.

Big Boi approached the situation diplomatically giving props to the hostile NY crowd “This is yall city” he said with an air of resignation. Then Andre Benjamin walked to the mic and offered this brief but powerful diatribe. 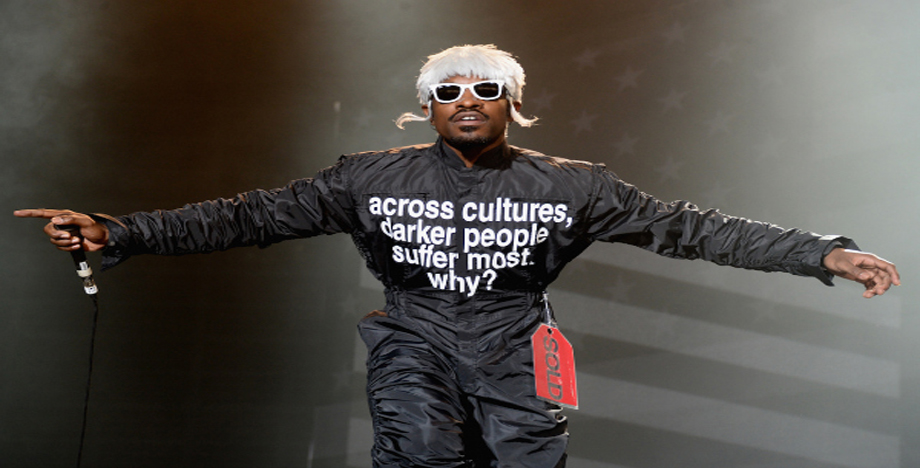 “I’m tired of closed minded folks. It’s like we a got a demo tape, and nobody wanna hear it. But Imma tell you like this the South got something to say, and that’s all I got to say.”

And though he didn’t drop the mic, he might as well have the have. It’s not often that culture begins to shift after one flashbulb moment, but that’s what happened.

Andre’s speech was so goosebump inducing that Outkast self-sampled it on their song “Chonky Fire” from the 1998 album Aquemini. Frequent Outkast collaborator Killer Mike describes this the Source Awards moment as the “end of wannabe-ism” when Atlanta and to a larger degree the south was justified in breaking away from New York’s aesthetic expectations. Andre Benjamin’s declaration of independence led to the rise of the South and the subsequent creative recalibration of rap music.

Twenty-three years later the south gravitational pull cannot be denied. With Atlanta serving as a New South Bronx artist like Outkast, 2 Chainz, Future, T.I., and most recently Migos have updated the rap language. 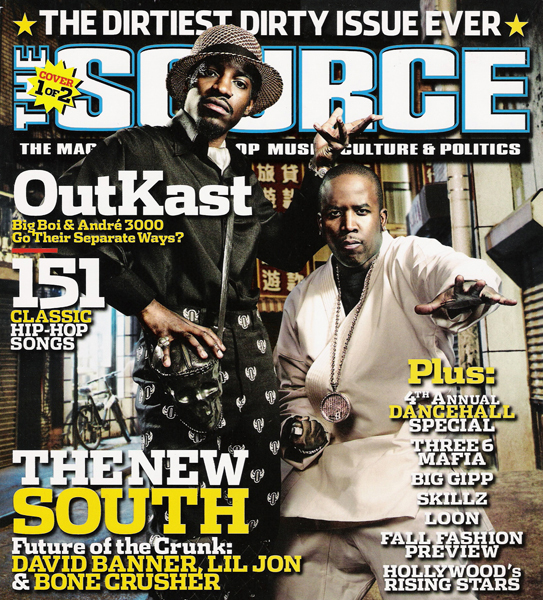 We have come so far in the past couple of decades that it is not uncommon to hear New York rappers emulate southern rap dialect. The South had something to say indeed.

Hella fun at this year’s @thopfest. Shouts to the crew and everyone who vibed with us. Meeting legend @officialsugafreethapimp with @lifeafterhiphop & @nate_leblanc was surreal. @heyyybonita @open_mike_eagle @video_dave @60east909 @allflowsofficial @dalocksmith @stonyislandpods
My piece on @phuong_tam_official is among the most rewarding journalistic experiences I’ve had. Not only did she send me a signed copy of her album but I was able to meet this badass of a lady; an endearing, brave, humble game changer who forever altered Vietnamese music history to the world’s benefit.
Scheme team. h/t @open_mike_eagle & @stonyislandpods #DBRP
Fortunate to be a part of the reissue of Pharcyde’s second album, Labcabincalifornia. Wrote the liner notes that appear in a little booklet, covering early Dilla, how the project developed, the group’s unravelling, and the album’s long shadow. Shouts to @_marcusjmoore for bringing me into the fold 🤝
Productive LA trip! Thanks to @commonwave_hifi @cutchemist @keysystemrecordings @sklutecase and everyone for being so inviting. Ideal way to finish and celebrate the reissue of To Whom It May Concern, the game changing classic debut by @freestylefellowship Nate and I were fortunate to be a small part of (did our best to document the history and articulate its importance through liner notes). Shouts to the @stonyislandpods bros @lifeafterhiphop and @open_mike_eagle for the good energy. Nice to finally meet @seandammit @hipcatscience and @kennysegal too.
Today at @needletothegrooverecords 🤝