I was honored to write an appreciation piece on Sharon which you can read HERE. These last couple weeks have been gut wrenching and just when you think it’s letting up, news came that Sharon had passed. To say we’re heartbroken is an understatement. What a gut punch. She was one of the best live performers I ever saw and seemingly just a tough, kind person.

She was kind enough to write a little foreword for our piece on Binky Griptite, years ago, done just as a favor. Thank you so much Sharon. 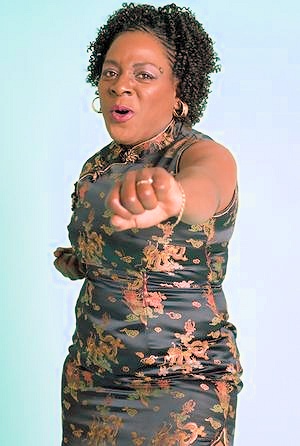 I was able to get Sharon Jones on the phone for a quick interview last week. She was at the airport so I kept it brief, knowing she’d probably rather chill than be interviewed at a noisy airport. Besides, this was for The Metro and they tend to like short, almost generic interviews that introduce more than inform. Sharon was more than pleasant and will be in my backyard (finally!) this week for The San Jose Jazz Festival.

If you’ve heard Menahan Street Band’s Make The Road By Walking (one of the year’s best!), then you know the horns are a major part of the album’s feel—if not the most important. The horn-lines entirely anchored the songs, adding texture to the already colorful arrangements but could also serve as its centerpiece. The horns were the product of Leon Michels, founder of Truth&Soul Records and frontman of El Michels Affair.

Menahan’s bandleader, Tommy Brenneck, has said that he thinks Leon is currently one of the top horn arrangers in the business, which is tough to dispute if you’ve heard either Make The Road…or Sounding Out The City. I spoke to Leon last year for a piece I was working on, and afterwards, he graciously shipped us a box of records to help sponsor San Jose’s Dig Dug. The year’s young, and Truth&Soul are gearing up to drop more heat this year. Here are some parts from the series of interviews we did a while back. Thanks again Leon, looking forward to the coming year.

Sounding Out The Scene

What was the response when you guys first played live?
It was first with the Mighty Imperials. At the time, we were sixteen and played hard funk songs to audiences of twenty-something hipsters in New York. People usually had a hard time wrapping their heads around the experience. It was a novelty act of sorts. With the El Michels Affair, it is different. Aside from the Wu-Tang shows we played, our original music is entirely instrumental. So the shows, depending the audience, are hit or miss.

Do you see your band expanding and playing different types of music, or just sticking with what you’ve already established?
Most of the stuff we do at Truth&Soul is produced and written by myself, Jeff, and some of the guys from El Michels. So we are consistently changing our style but attaching different band names to the music.

How did that Amy Winehouse remix come about? END_OF_DOCUMENT_TOKEN_TO_BE_REPLACED

Thnx Nate and Paul 🙏
Thank you 🙏
Just arrived! Always loved Donny Hathaway’s classic (best cover ever!) which was recently given a big reissue treatment. Shouts to O-Dub for the slick liners and for having me onboard 🙏
Wu-tang of course is for the children but so is Labi! This gorgeous boxset I had the good fortune to work on just arrived. Did some research on all the works of the great Labi Siffre, a self-proclaimed “Gay, Black, atheist” who had many phases to his expansive career and whose songs went on to be sampled by some of rap’s biggest names. Big shout to @soulsides for having me onboard and for the tremendous liner notes. More to come!
Heyyyyy.
Wax Poetics is BACK IN PRINT! One of the upcoming coverstories will feature an extensive talk I had with Preemo on the making of Gang Starr’s classic, Hard To Earn. Summer 2021!