[Our homie and frequent contributor DJ Platurn hit us with this, the 3rd and final installment of Breaking The Ice, a three-part series highlighting these immensely ill, not to mention very rare, Icelandic records Platurn grabbed when in the motherland. His brainchild The 45 Sessions (which I’ve been honored to be a part of) reaches its boiling point next month when famed producer Just Blaze headlines. Don’t miss it or Platurn’s ongoing works, including an official full-length release of Breaking The Ice with liner notes by yours truly. But for now, peep this terrific bookend to the series.– DM] 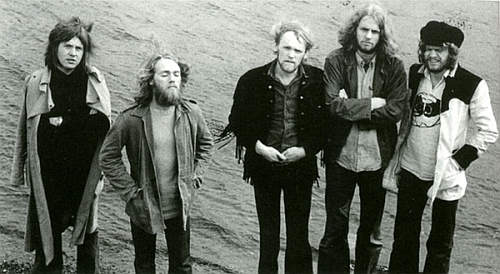 Although only one LP, an EP, and couple of 45s to their credit, I think it’s safe to say that Óðmenn (translated literally as ‘mad men’ or ‘crazy men’) is my favorite all time Icelandic band–with Trúbrot coming in a close second. Their sounds were similar and I believe they shared some sessions players — easily the finest groove based prog rock out of Iceland in the ’70s came from these two outfits.

This particular 7″ is especially interesting — as far as I know none of these songs appeared on any of their albums. On the b-side, ‘Hr. hvít skyrta of bindi´ (Mr. White Shirt & Tie) segue ways into ‘A Little Song of Love’, not something you commonly hear on a 45. When it’s two songs to a side then the tracks are usually seperate and it’s considered an EP. This particular record has a track entitled ‘Starlight’ on the back — not a bad song in itself but much more folky in comparison to the more, almost b-boy-esque feel of Mr. White Shirt.

The lyrics are also poignant, touching on subdued hints of being a mindless drone who doesn’t know who he/she is while trudging through life with little meaning, other than wearing a suit and tie and pleasing Mr. Boss Man. The lyrics of ‘Little Song’ are a simple ode to the joys of innocent love, with a fresh flute intro that could have easily been flipped by one of DITC’s finest in the mid ’90s.

This single is a true gem, a rare piece of bad ass music from one of Iceland’s finest and is incredibly hard to find.I first heard this 45 from my cousin Sveimhugi, the other half of my excavating journey through Iceland’s lesser known wax history. Still trying to find my own, but in the meantime the motherland based half of the duo currently claims the only copy I have access too (him and I are the ones who initially began the ‘Breaking The Ice’ journey). This will be the last post until the whole compilation actually drops, brought to you in part by Nerdtorious dot com and with even more extensive insight, liner notes, and stories of diggin’ thru Middle Earth. Enjoy! – DJ Platurn 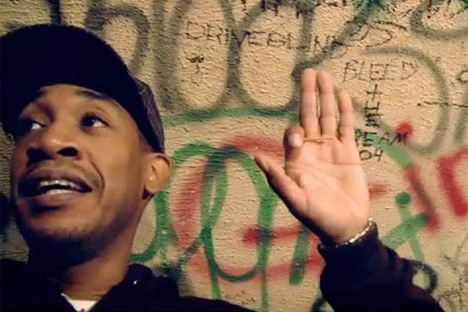 As one of our favorite artists, it’s never a bad time to pick Prince Paul’s brain. I spoke with Paul some weeks back at length about what else? Records. Specifically, 5 records that changed his life and career accordingly. Read it HERE on egotripland.com.

The latest issue of Clout Magazine just dropped, featuring an in-depth piece I did with the legendary D-Styles. Not only is D one of the most precise DJs to ever do it, he’s one of the nicest, most humblest dudes ever. Gotta respect that. Pick up the latest issue (and a hat or two) at the Clout Store and peep this Low End Theory podcast by D himself.

Thnx Nate and Paul 🙏
Thank you 🙏
Just arrived! Always loved Donny Hathaway’s classic (best cover ever!) which was recently given a big reissue treatment. Shouts to O-Dub for the slick liners and for having me onboard 🙏
Wu-tang of course is for the children but so is Labi! This gorgeous boxset I had the good fortune to work on just arrived. Did some research on all the works of the great Labi Siffre, a self-proclaimed “Gay, Black, atheist” who had many phases to his expansive career and whose songs went on to be sampled by some of rap’s biggest names. Big shout to @soulsides for having me onboard and for the tremendous liner notes. More to come!
Heyyyyy.
Wax Poetics is BACK IN PRINT! One of the upcoming coverstories will feature an extensive talk I had with Preemo on the making of Gang Starr’s classic, Hard To Earn. Summer 2021!