Of Daptone’s team of bands, Budos has emerged as the darkest, the ones with ominous sounds and aggressively driving deliveries, the ones where warm melodies are replaced by intense horn stabs, where arrangements are peeks and valleys rather than sunny strolls. The group’s DNA is made up of members of the Dap Kings, Menahan Street Band, Charles Bradley’s backing troupe, and others from the venerated Brooklyn imprint. This year the Ethio-psych-funk group deliver another batch of theatric songs, Budos Band V, that are equally appropriate for car chase sequences or funeral sunsets. Their latest is foreboding, macabre and filled with echo—at times equal parts Black Sabbath and Pax Nicholas, other times a whirlwind of ideas sputtering about, folded into movements and wild scenic arrangements.

Brian Profilio, workhorse drummer and backbone of Budos, details their working process thusly: “It may seem like writing a song with nine guys in a band might make for a difficult situation, but it’s actually a pretty smooth process,” he says, before explaining the group’s formation…

Nerdtorious was mentioned in the recent Atlantic! A few weeks back, Raj Dayal (writer for American Songwriter) contacted me for a piece he was researching, an upcoming article on one of the best labels of the last decade, Daptone Records. The story ran last week; “In a Big Year for New Soul, a Small But Influential Label Turns 10“, a great piece that speaks on Daptone’s rise but, more so, its influence on the modern music and its industry as a whole. Happy birthday Daptone! And many thanks to Raj and The Atlantic for the shout out!

Take a look at the self produced video below on Daptone’s first 10 years: 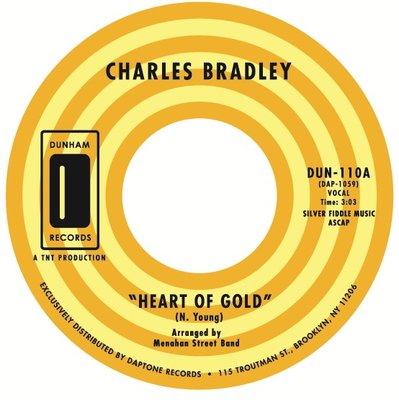 Finding Daptone 45s in my mailbox never gets old. This time was Charles Bradley with Menahan Street Band doing an all-time classic, Neil Young’s ‘Heart of Gold’. It’s a great cover though Bradley at times deviates from the original melody too much for me. The Menahan arrangement is worth it alone though.

It also immediately reminded me of Boney M’s version. I’ve always liked their cover songs as cheesy as the German disco coverband sometimes were. This is off their album, Night Flight To Venus, which also has a great rendition of ‘Brown Girl In The Ring’. Lead singer Bobby Farrell passed in 2005 due to heart failure while in Russia, where apparently they’re still very popular. He was 61, RIP.

Our homies at Daptone gave us the new Budos LP to give away. They also threw in this 45 (out of print) which was only available with pre-orders, featuring a track not available elsewhere. Purchase the release HERE and check out a song off the new album below.

* CONGRATS JAMIE S. and SHAWN H. **YOUR RECORDS ARE IN THE MAIL! ***MORE GIVEAWAYS SOON!

(Editor’s note: The voice of the Dap-Kings, Binky Griptite, graciously gave us the scoop on I Learned The Hard Way, the fourth studio album by Sharon Jones and the Dap-Kings. For this this interview, we got miss Sharon herself to introduce Binky, which is somewhat of a role reversal, as he explains his duty as a King of Dap. Thanks Sharon. Big ups Binky! –DM)

I first met Binky at a session for Lee Fields, it was on 42nd Street in Manhattan. He still had on big dreads he’d wear under a beanie that looked liked a turban. I think he was still playing with Antibalas at the time. I remember thinking how so laid back he was. The Dap Kings hadn’t really formed yet, and Binky would just show up and do his thing. At the time, I was actually real afraid he’d leave our band and just stick with Antibalas full-time!

For the new one, he’s been working so hard. Some nights he’d come to the studio late and just lay down his parts; other times he’s playing the guitar half asleep with his eyes closed. He’s a stubborn perfectionist, really. He had me re-record a song over and over again because he said it ‘wasn’t soulful’ enough. It ended up taking four days! And I don’t take four days to record anything.

Really, I love what Binky does with the Dap Kings and his own Mellomatic stuff is great too. As an announcer, his voice gets people hyped. He’s like Bobby Bland. He’s a master. I really notice when he’s not at one of our performances. He’s that good.

You’re essentially the master of ceremonies at all the shows. Where do you draw your influences from?

BG: Well of course there’s Danny Ray, James Brown’s longtime emcee, as well as some gospel preacher. I come from a family of preachers so it’s not that much of a stretch. There’s also a real strong circus ringmaster influence there too. You know why people call the Ringling Bros. Circus the “Greatest Show on Earth”? Because the emcee told them to, that’s why.

My job is to prepare the audience for what they are about to see and hear, and to let them know what’s expected of them. We are not a ‘sit down and pay attention’ show, we’re a ‘get up and dance’ show. You’d be amazed at how many audiences still need to be told that they are a part of the show and that it is not meant to be a passive experience. END_OF_DOCUMENT_TOKEN_TO_BE_REPLACED 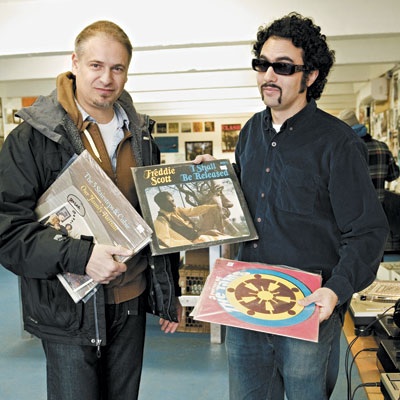 Q: Who were the two dudes who founded Daptone Records?

A: Neal Sugarman and Gabriel Roth (pictured above).

Your prizes have been shipped! A HUGE THANKS for all the entries! Please stay tuned for more contests to come!!! 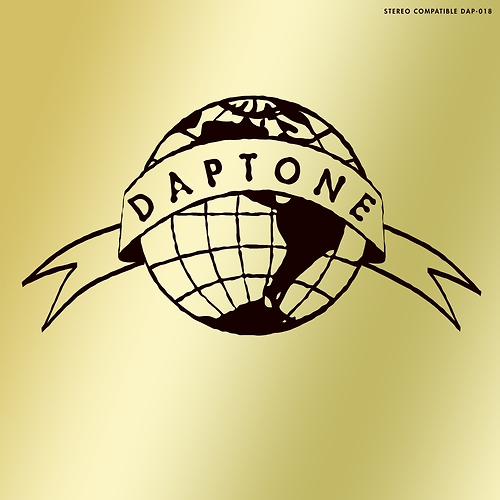 We’re happy to announce the first of some major contests with Daptone Records!

The 3 winners will be chosen at random. Contest ends December 18th 2009. Goodies will be in your stockings by X-mas! Correctly answer this to win.

Q: Daptone was founded by two dudes. What are their names? 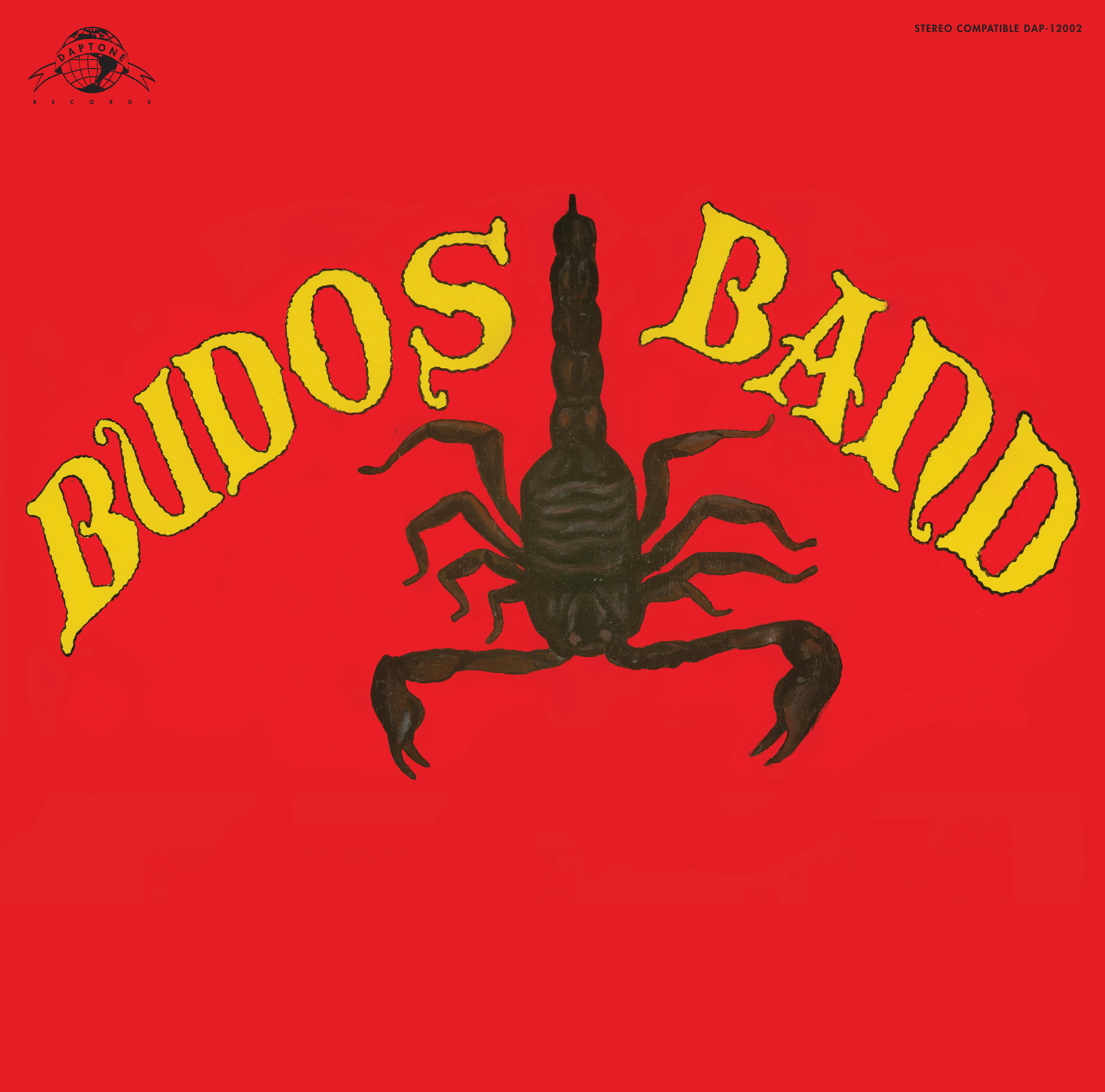 Staten Island’s Budos Band are back with a perfect EP for these summer nights. The tracks are from sessions between the making of their first self-titled release, The Budos Band, and its successor, Budos Band II. They’re from the Daptone family, so it’s tightly crafted per usual. They lean a bit more towards Afro-Soul, but do have touches of Jazz, Funk and Latin too. The musicans are part of a rotating cast that make up The Mighty Imperials, Menahan Street Band, The Dap Kings, and Sugarman 3. Included is a list of the band members (because these dudes don’t get enough individual credit) and for your downloading pleasure, “The Proposition”, a previously released 45 that’s also on the new EP. END_OF_DOCUMENT_TOKEN_TO_BE_REPLACED