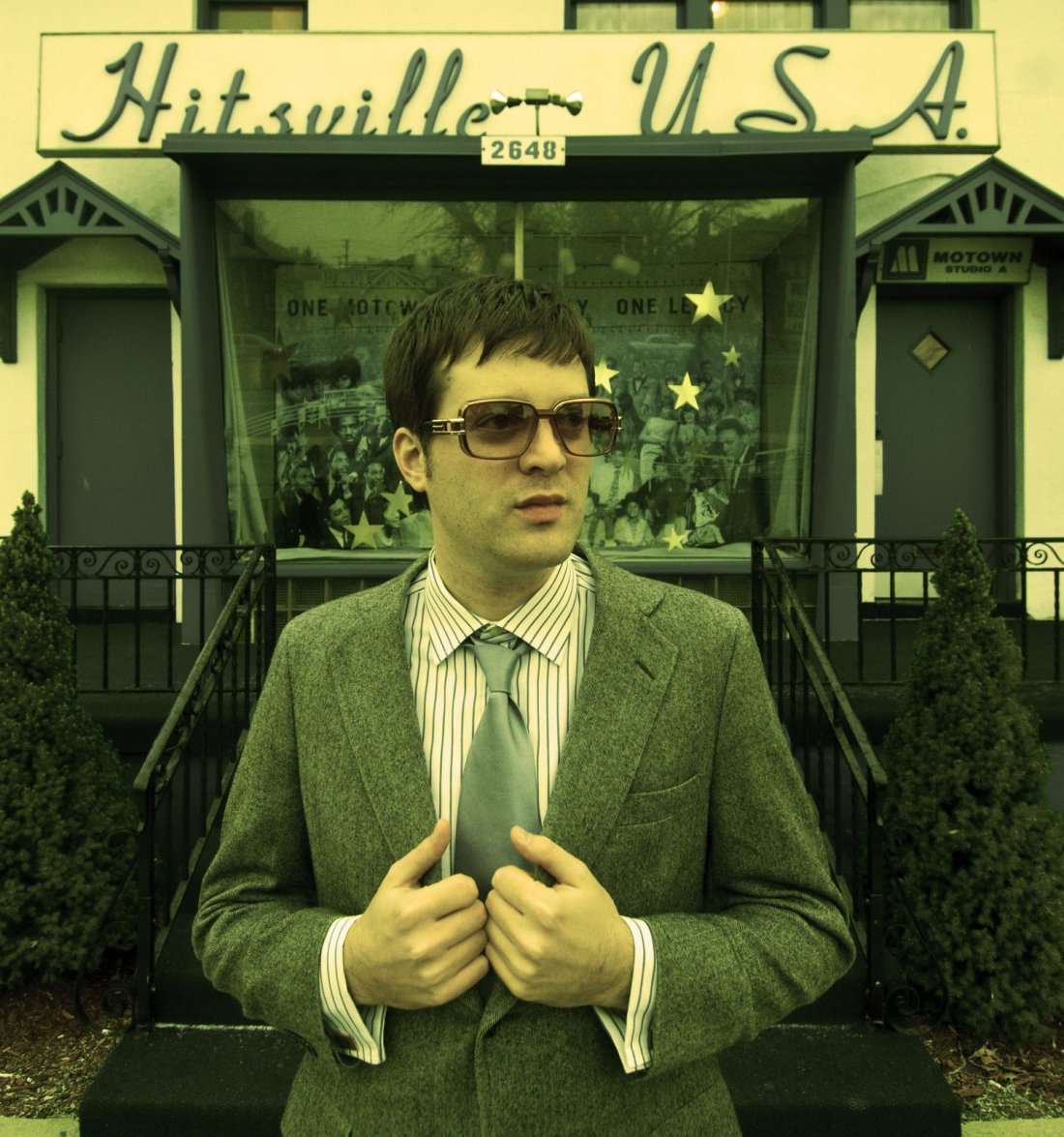 Like the rest of you, we’ve got Mayer Hawthorne’s insanely catchy debut single on repeat. “Just Ain’t Gonna Work Out” is an example of everything that’s good about contemporary soul music. Built on the “Get Out My Life, Woman” drums and Hawthorne’s homespun harmonies, it’s a doo-wop inspired breakup song that’s oddly uplifting and decidedly endearing. The single has already become a sought-after collector’s item not only for the quality music, but the killer format: Stones Throw released it as a strictly limited heart-shaped 10″ reminiscent of the Manhattans’ version of “You Send Me”. We’re looking forward to big things from the talented Mr. Hawthorne in the coming year, (no album til at least spring, plenty of time to practice your falsetto) so we decided to ask him a few questions.

What’s your musical background? When and how did you first get involved in music? What instruments do you play?
My Dad is a great Bassist and he taught me how to play when I was young. My Mom made me take piano lessons which I hated and quit. Now I wish I woulda stuck with it! I love playing the Drums too. I try to play as many instruments as I can on the album.

Talk about your upbringing in Michigan and how Detroit’s music scene affected you.
Detroit breeds many of the best musicians / artists in the world. I’m very fortunate to have grown up in a place with such a rich musical history, and with so much soul. Hopefully that soul comes through in my music.

What soul music are you listening to lately; any direct influences on the sound of the track?
Lately I’ve just been going back through the Motown catalog and discovering a lot of amazing songs that weren’t very popular when they were released but are just as good as some of the biggest hits. A lot of Smokey Robinson, Martha & The Vandellas and The Marvelettes.

Who are some of your favorite falsetto singers/ jams?
Obviously Smokey is a huge influence. Curtis Mayfield and Eddie Holman are also favorites.

How did you record this track? Sounds like a 4-track or something dusty.
I record almost everything in my bedroom at home. It’s very lo-fi. Most modern recording equipment is too good for the sound I like. I sing a lot of the vocals through a pair of old headphones.

Was “Just Ain’t Gonna Work Out” written about a specific instance?
I broke up with my girlfriend recently and everyone thinks the song is about her, but I actually wrote it before I even met her.

Explain the making of the song, your intent and the process behind the music and lyrics.
All the songs just kind of pop into my head. A lot of times I feel like I don’t even write them. When I wrote “Just Ain’t Gonna Work Out” I was driving to a friend’s house in Detroit and the whole thing just came to me. It started as sort of a joke, just for my family and friends. I never planned for a career singing doo-wop.

How was the decision made to do the limited press on heart-shaped vinyl?
I’m extremely fortunate to be working with a label like Stones Throw. They’re very open minded and supportive of new ideas. I asked them if they would press the single on red, heart-shaped vinyl because the songs were both about love. I was kind of surprised when they said yes. Thanks to Joey Jointz for making it happen! 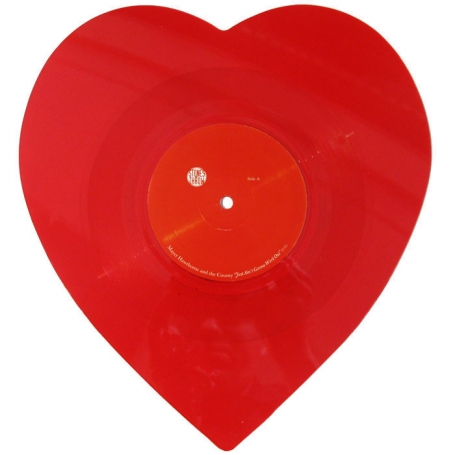 How do you feel about your songs being tagged as “retro”?
People are always going to try to label you so it doesn’t bother me. It’s important for me to update it though – I’m not just making retro soul.

If/ when you play live will it be over pre-recorded beats or with a band + backup singers?
I’ve got a great live band assembled from my favorite Michigan musicians.

Tell us the story about how you got onboard with Stones Throw? What was the initial reaction to your music?
I was introduced to PB Wolf at a party in LA. He asked me to send him some tracks and at first he didn’t understand what they were. He thought they might be re-edits of some songs from the 60s. Once he realized that they were new, and that I wrote, played, sang and recorded them, he offered me a deal with Stones Throw.

Talk about the podcast you put together for the label. Are these just your favorite tracks or what you’re listening to right now? What are your absolute favorites on the podcast?
I’m always discovering new songs and my favorites are constantly changing. The podcast was a combination of past and current favorites. It was just a brief look at some of my influences. I’m working on a soul 45 mix with Wolf right now for our upcoming Spring tours.
Check out the podcast

How does it feel to get props from Gilles Peterson and Mark Ronson?
It’s a great feeling to get a compliment from someone you respect. Mark and Gilles are both very talented and influential – so it’s definitely a blessing.

Do you make other types of music, or is this soulful crooning style your main thing?
I’m one third of a hip-hop/electro/soul crew called Now On – we just released a new album called “Tomorrow Already” which I’m really proud of. I’m definitely into all kinds of music so who knows? I’ll do anything and everything I feel like I can get away with.

Working on a full length? What can we expect from it and is there an expected time it’ll drop?
I’m currently recording my debut full length for Stones Throw – look for it in Spring 09.

For the truly disconnected, here’s the track:

10 thoughts on “Gonna work out fine: Interview with Mayer Hawthorne”