The Marketts were a Hollywood-based group that gained slight fame during the surf craze of the 1960s. In fact, they weren’t really a band, but a group of session musicians gathered and guided by Joe Saraceno (producer of The Ventures, Gene Mcdaniels, The Sunshine Company, The Routers, Bobby Vee). Their songs were mainly instrumentals, most of which had strong rock, soul, and weird sci-fi touches. Though not terribly memorable, they made some great tracks between 1961-1977. 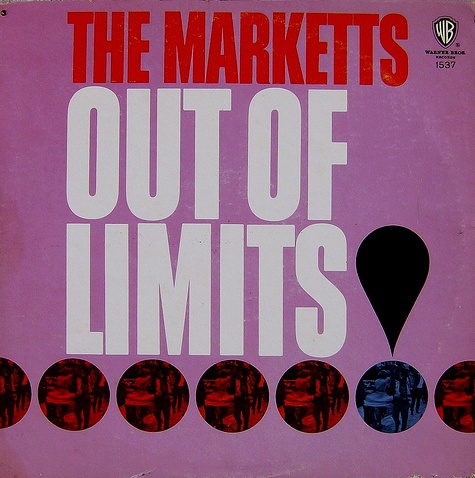 If Marketts sound somewhat familiar, it’s because they appeared on the popular Pulp Fiction soundtrack. The song, “Out Of Limits”, was #3 on the charts in 1964 and remains their highest ranked single. My favorite of theirs is “Bella Dalena”, and is actually the b-side to the famous single. It’s short and succinct, has a steady groove, and is guided by some really great drums***. It’s the kind of song you can hear twice in a row.

***The drums you hear at the beginning were lifted and used on the Four Tet track below, “Carmella”.

CLICK TO HEAR “CARMELLA”
“Carmella” is from the Four Tet: Remixes album, and uses a song by Beth Orton. The track builds slowly and the layering is superb (typical Four Tet), but is also about 6–minutes too long (typical Four Tet). Who would’ve thought Four Tet, Beth Orton, and The Marketts would mesh so well?

Posted @withregram • @cutchemist Welp the cat is outta the bag. This was such an honor to work on. I hope everyone enjoys when it drops in October #Repost @sklutecase with @withregram
First time hanging with these guys in awhile. Added bonus: a friend of the podcast and wildly inventive artist @fattonyrap came by just to say hi, so we took him to our favorite spot, @needletothegrooverecords. Working on a bunch of stuff but it was nice to take a second and breathe.
I could go on forever about BIZ but wish it was under different circumstances. Sad day. RIP TO THE GREATEST. THANK YOU. #ripbizmarkie
Starting fall semester, August, I’ll be teaching a course that explores hip-hop history and its global impact at SJSU! Enrollment begins today!
One of the world’s oldest literary magazines, The Paris Review, known for their historical coverage of Faulkner, Hemingway, Kerouac, and others was founded in 1953.
New issue of @wax_poetics landed! Exquisite; glossy, thick stock, incredible photos and impeccably laid out.