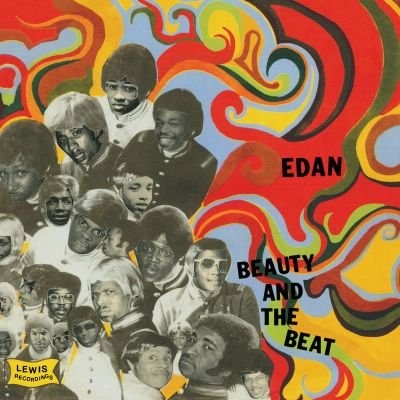 Beauty And The Beat (one of the few truly great rap albums of recent years) blew me away then and continues age well. Like me, you’re probably waiting for another Edan release, another glimpse of his advancement as an emcee/DJ/producer. He could drop a purley instrumental project right now and I’d be more than interested. Yet he’s only done a few things sparingly since Beauty And The Beat, no full album, not even an EP, just random cameos via singles, remixes, and guest spots.

I interviewed him a couple years ago for Slap Magazine where we spoke about his career up to that point. This is a side talk from that conversation, us nerding out to old rap records and their respective eras. Here, Edan explores “Fumbling Over Words That Rhyme”, a track from Beauty where he identifies his influences by name. He shows a lot of respect—and knowledge—for hip-hop’s foundational sound, which is perhaps why his work is so textured. This interview really gives a glimpse of where his influences and tastes come from. Plus, I really dig how he answers the last question. Here’s to your next album, Mr. Donavexxxxxx.

So why’d you write “Fumbling Over Words That Rhyme’’?
In my mind, just being a fan, I realize that I had assembled some sort of chronology. I felt like, in some ways it’s a good way to show respect and just it makes for a nice constructive song. I also had the sample for the main chorus loop and that basically posed the question of what would be a good embellishment for that hook? In other words, what would the verses have to be for that chorus to be the cherry on top? And that led me to do some emceeing, rather than kick some battle bullshit.

Describe the lyrics. Was it hard to pick and choose who to overlook and who to keep?
I basically took the opportunity to cite cats in order. And a lot of people are gonna say Biggie was the best, Ice Cube was the best, Jay Z is the best, but those aren’t the types of emcees that make me want to rhyme. They’re great, don’t get me wrong. But for whatever reason, the cats that made me want to rhyme had minds that were more like jazz musicians or like a sax soloists.

Explain that a bit more.
Their control of rhythm reminds me of Jazz. So cats like Rakim, or how [Big Daddy] Kane finesses it, they all are very conscious of what is going on. Emcees that I have an affinity for have dope voices or flavor that aren’t usually not mentioned. I also upped T La Rock because he was a pioneer that used big words and tried to sound futuristic. That became very popular during the ‘84-‘85 era, so he’s kind of a pioneer in that thing.

Talk about Cold Crush and Run DMC. What’s your take on them?
Well DMC has openly admitted that it was a Cold Crush tape that made him want to rhyme. And what Run DMC took most from CC was the bold, boisterous, hard delivery. There was nothing watered down about CC. They just expressed their music so well and one can see that they had an affinity for being entertainers and performers. They were raw and street, but polished it too. And Run DMC definitely made sure to keep those ingredients within their own sound. 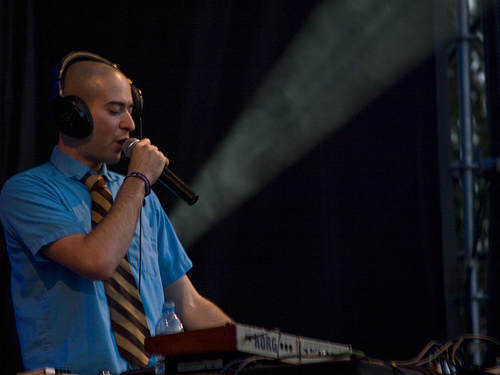 I’m glad you mentioned Slick Rick too.
I had to. I think when you heard The Great Adventures [of Slick Rick] it was apparent that his writing was vivid. His descriptive ability was beyond what most cats were doing. That’s why I basically called him a screenplay producer. He just had crazy style, but had just a knack for storytelling, pulling you into the moment with his writing.

What are your thoughts on Kane and his overall style?
Kane is just the prototypical emcee. His tongue was dexterous, but at the same time it could be nimble. He was raw on you and also, there was just the finesse and confidence to top it all off. An incredible voice also.

You praise Rakim. What strikes you about him?
I mean, sort of like in the way that Kane is a prototypical emcee, Rakim is the same. He just had this spiritual flavor, meshed with mysticism and street savvy. Its all you can ask for in hip-hop. And only a few groups can do that nowadays, for example Wu-Tang embodies that pretty well. Rakim was just dope. A lot of people cite him as the first to get deep.

He wasn’t the first. But maybe he was the first to be recognized for doing so.
Well, he might have not been that first rapper to kick something deep, but he definitely took it to a new plateau. His demeanor and voice, no one can surpass that shit. I think Rakim reflects the infinite possibilities of rhyming, but he also had such a vicious flavor to him. I mean, he was calling for his community to think of themselves as gods that were came from the beauty of the universe. And that’s what you want from an artist. You want someone who’ll tell you what you’re potential is.

Okay, let’s talk about Wu-Tang. Who’s is your favorite Wu-Tang member and why?
Ghostface. I love the way he’s blossomed into such a key player and such a consistent rapper. If you’d ask me 6 years ago, I’d tell you GZA was my favorite. But Ghostface has been killing it. I’d say my favorites are GZA and Ghostface. 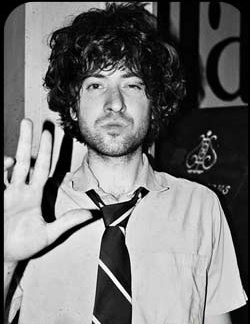 We’ve mainly been discussing emcees– let’s talk about production. What era is your favorite hip-hop production from?
The shit that blows my mind the most is the shit that isn’t really “produced”. I love the grimy park jam shit for the late ‘70s, early ‘80s shit you’d find on a cassette dub. Stuff from Cold Crush, or the L Brothers or like that old Fantastic Five. Treacherous Three are the most fucked up and the most crazy because you got people running breaks through a shitty PA with a distorted mics. I’d probably say about the ‘78-‘82 and ‘86-‘92 are the eras I’m most fond of.

The song is basically a list of your rap heroes. Why exactly do you dig all these artists so much?
I like people who view hip-hop as a potentially majestic art form.