(Ed. note: I did a recent piece on ‘Cool’ Chris Veltri for Wax Poetics Issue #47, touching on the shop and having Chris list rare, top shelf records from his collection. It was in part to celebrate Groove Merchant's 20 years in business but also meant to hype its coinciding release, Groove Merchant Turns 20. Besides operating the shop and keeping it afloat through rigid times, Chris is one of the most tempered–and knowledgable–dudes around. Here’s a few more goodies from his stacks– including a strange (and admittedly “guilty pleasure”) acapella version of the Go Gos’ “Our Lips Are Sealed”. Haha. Thanks Chris!) 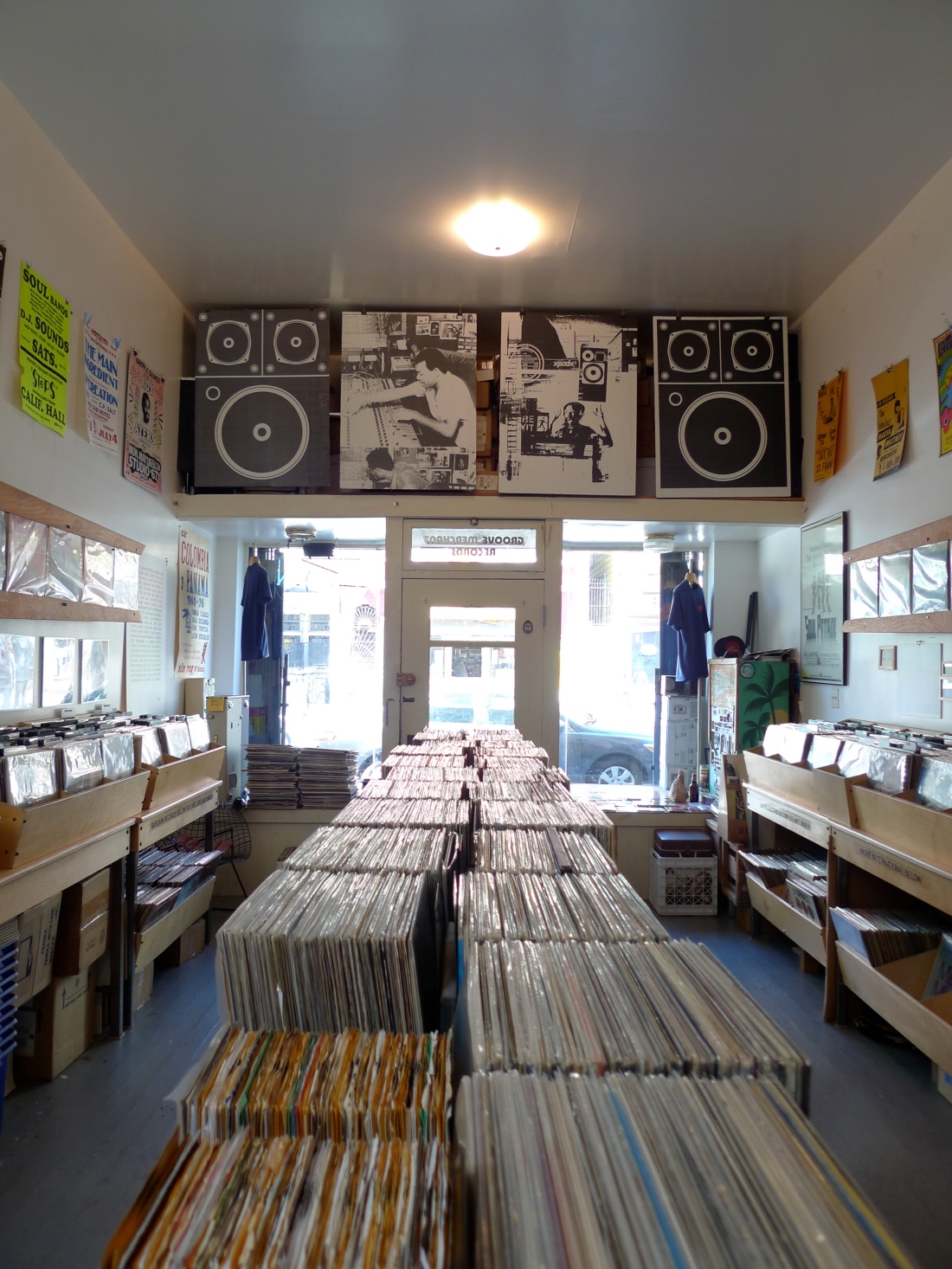 Hands down one of the best high school records that has ever passed through my hands. This is a Texas high school lab record with a Bay Area connection; The band leader is none other than Willie Hoskins, the man behind the coveted Boola Boola record label and producer of heaps of classic Bay soul and funk. The music is bananas, with covers of “Thriller”, Dennis Edwards “Don’t look any further”, an off the chart version of “Another One Bites The Dust” called “Let’s Do It” and loads more. I wonder if these kids ever went head to head with the Kashmere Stage band? Thanks to Will from Rehash for this one.

“Let’s Do It (Another One Bite’s The Dust cover)”

Guilty pleasures. We all got ’em. Without hesitation, the Go Go’s definitely rate in my cannon of fave ’80s pop. The Go Gos’ classic “Our Lips Are Sealed” was co-written by Terry Hall of The Specials and Jane Wiedlin, and went on to hit the top 20 on the American pop charts. This version was done acapella style by a group of Connecticut boarding school sisters called the Perilhettes. Released on the Mark label custom press 1982. Super Fresh.

Beautiful record by the legendary 5 piece vocal group on the equally legendary Peacock gospel imprint. This records sounds like the church you could only wish you would discover on an early morning Sunday stroll. Deeply spiritual and highly soulful, this is a really good introduction to gospel for the soul fan.