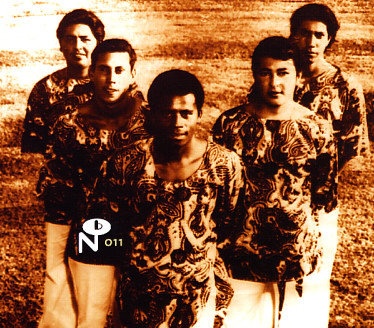 Chicago-based archival label The Numero Group has emerged as one of the most reliable record labels in the world in the past five years. This post will focus on their Eccentric Soul series, which is exactly what it sounds like; lovingly detailed reissues of below-the-radar soul sides that have never been widely available outside of their respective localities. My curiosity was initially piqued by their stark packaging (one picture on the front, a number, and a plain white back cover with no further info, track titles, or clues as to the contents) yet deterred by high price tags (generally $20 or so for CDs and around $25 for wax). However, now that I’ve had a taste, I feel like I’m addicted to these comps, scouring eBay for originals I can’t afford, re-reading liner notes, and finding things to like about the tracks that didn’t initially stand out. My personal history with the label goes a little something like this (hit it!):

I was lucky enough to find a used copy of this one, and it was the gateway drug for one simple reason. I had no idea that there was a funk scene in Phoenix, AZ in the 60’s. It seemed incongruous, but the evidence is in the grooves (technically it’s in the digits, sadly this one’s CD & Mp3 only). Centering on the various productions of ‘Mighty’ Mike Lenauberg, this one really opened my senses to some desert heat. My pick of the litter has to be “Loaded to the Gills,” by Michael Liggins and the Super Souls, which was also re-issued in 12″ format by the good folks at Now-Again. It is one of several tracks that feature some tough flute laid over the top, and what sounds like vocal percussion (On a personal note, I tend to really like songs where people vocalize the instruments; see the Mills’ Brothers’ version of ‘Caravan’, late-era Tom Waits, and the entire catalog of Biz Markie.) clip-clopping along in the background. This and the sixteen other tracks are bold assertions of vitality that got me thinking about the wealth of undiscovered or merely previously unpopular music I have been privy to, and the common thread that tied them together was an undeniable openness that I termed “anonymous exuberance.” The basic unscientific thesis goes something like this:

The fact that these artists never developed a national profile only enhances my ability to relate to their joys and sorrows. Much like underground MCs who portray an everyman persona despite dizzying lyrical skills, these extraordinarily talented performers were real people with real problems, and expressed them in an unhinged manner that would only have been diminished by participation in the studio-dominated international music business. My next encounter with this remarkable label would only deepen these initial reactions. 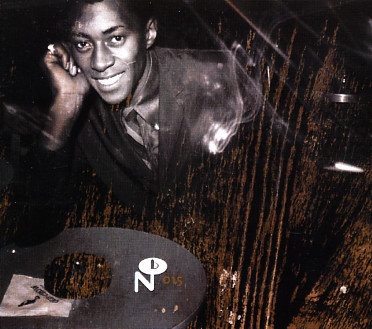 Hearing lost recordings from Columbus, Ohio’s was a revelation. It’s one thing for a song to move my head to nod or my feet to tap, but a few of these tracks genuinely moved me on an emotional level. The entire selection is uniformly excellent, but there are a few tracks toward the end that really stand out. After a truly intriguing tape-spliced outtake of “studio moves” by the Harmonic Sounds Band comes a stripped down demo version of Eddie Ray’s “You Got Me.” Though the completed version is included on the release, I am partial to the rough outtake. It is the sound of a man alone with a guitar really singing his heart out, vocalizing all of the pain and elation that love can bring. The completed version, though a more full and polished arrangement, really loses something by the addition of the other players. I smooths off the rough edges of vulnerability that make the demo so endearing. Next up is the beautiful ballad “You and Me” performed by Penny & the Quarters. Atop the pillow-soft bed of the Quarters’ harmonized backing vocals, Penny’s voice cuts right to the heart of the matter; “If the stars don’t shine, if the moon won’t rise, if I never see the setting sun again, you won’t hear me cry, this I testify, please believe me boy you know I won’t lie, as long as there is you and me.” It is the perfect encapsulation of young love at its most naive and triumphant. Though I have come to love this song deeply, the final track on the album somehow tops it. The sublime “You Got Me” (starting to notice a pattern with these titles?) once again by Eddie Ray, accompanied by a very funky hand drummer and Joe King’s serpentine guitar, is one of the most unrestrained, passionate vocal performances I have ever heard. Halfway between and gospel shout and Otis-esque growl, he wrings the truth out of lines that in the hands of a lesser performer would come across as mere platitudes. I have come to regard this “throwaway” demo as one of the best songs in the world, and that’s usually how I introduce it to people when I play it for them. 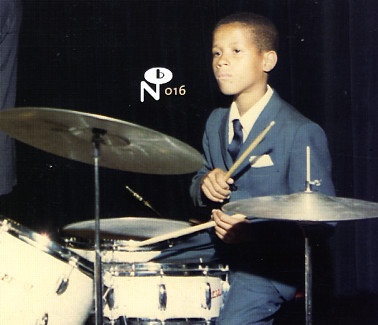 Home Schooled: The ABCs of Kid Soul is as close to a novelty record as these guys have come to releasing, and while it’s organized around an adolescent theme, it can be a rewarding listen for the discerning soul-obsessed adult. More so than any other set in the series, this comp is a lot of fun. Initially, hearing kids sing about matters of the heart is a bit disconcerting, and the first night I brought it home, the roomies and I spent a lot of time wondering where the songs came from, and how many of these kids were “Joe Jackson-ed” into playing and recording them. My cut on this one is the boisterous “I’m Not Ready For Love.” by Promise, a paean to the perils of precociousness with a world-class breakdown. Hearing the sweetly-sung assertions, “I’m not ready to fuss and fight, I’m not ready to cry all night, love is a thing I’m not ready to face, so you just better go your way,” I can only smile, nod and agree. Me neither, kids. This one’s a great party album, primo mixtape fodder, and a curious musical artifact all wrapped in one beautiful, lovingly assembled package. The pictures contained in the gate fold are easily worth the price of admission. 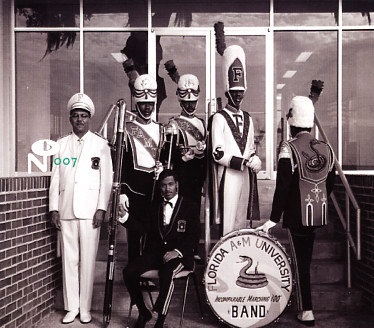 Though I’ve only recently become acquainted with Numero 007, The Deep City label, it’s already revealing itself as one of the finest releases of this young year. The album opens with the haunting “Am I a Good Man” by Them Two. Penned by label founder Willie Clarke and the immortal Clarence Reid, the lush organ-fuelled arrangement and strong lead vocals recall Phil Spector-era Righteous Brothers. Further along, there are a few tracks by the secret weapon of the Miami soul scene, Helene Smith. Though none of them rival her performance on the stunning “You Got To Be a Man,” (not included on this comp but recently reissued on 45) she provides backing vocals on ‘good man’ and contributes several strong solo tracks. A really nice feature about this album is that they close out the set with a full side of instrumental versions of some of the best cuts on the album, a practice normally reserved for hip-hop records that I’d love to see become standard practice in all genres.

We encourage you to peruse Numero’s website, where you can listen to snippets, purchase CDs, mp3s, and vinyl directly from the label at www.numerogroup.com

2 thoughts on “Anonymous Exuberance (part 1): The Numero Group is Killing It”