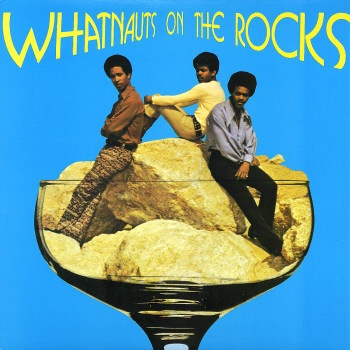 Besides the classy lyrics, you gotta love guys with an album cover like that (look at dude in the middle!). The song, “Girls”, was an inter-label collaboration between The Whatnauts and The Moments, both of whom recorded for Stang throughout the ‘70s. The song’s a silly (and kinda offensive) homage to women [“…lovely and good lookin’, the kind that does the best cookin’…”] but it’s goofy in an unintentional way and the production’s catchy. The banter between the groups make it even more fun.

HEAR “GIRLS” BY THE WHATNAUTS AND THE MOMENTS 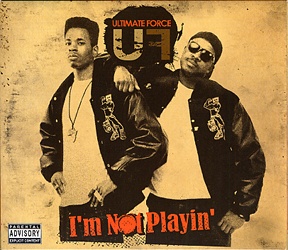 Joseph Kirkland grabbed the record years later. Better known as Diamond D, he used it for a track he so originally also named, “Girls”. It’s off Ultimate Force’s lost full-length, I’m Not Playin’ (slated for 1990, released in ’07). Ultimate Force was Diamond D and MC Master Rob. But I’m Not Playin’ got shelved (along with Rob’s boooooring raps) when Diamond’s solo career took off. I’ve always dug Diamond D’s work, and this is an early cut of his. It has a melodic feel that D.I.T.C. would abandon on their later efforts for a much darker sound.

One thought on “The Whatnauts vs. ultimate force”