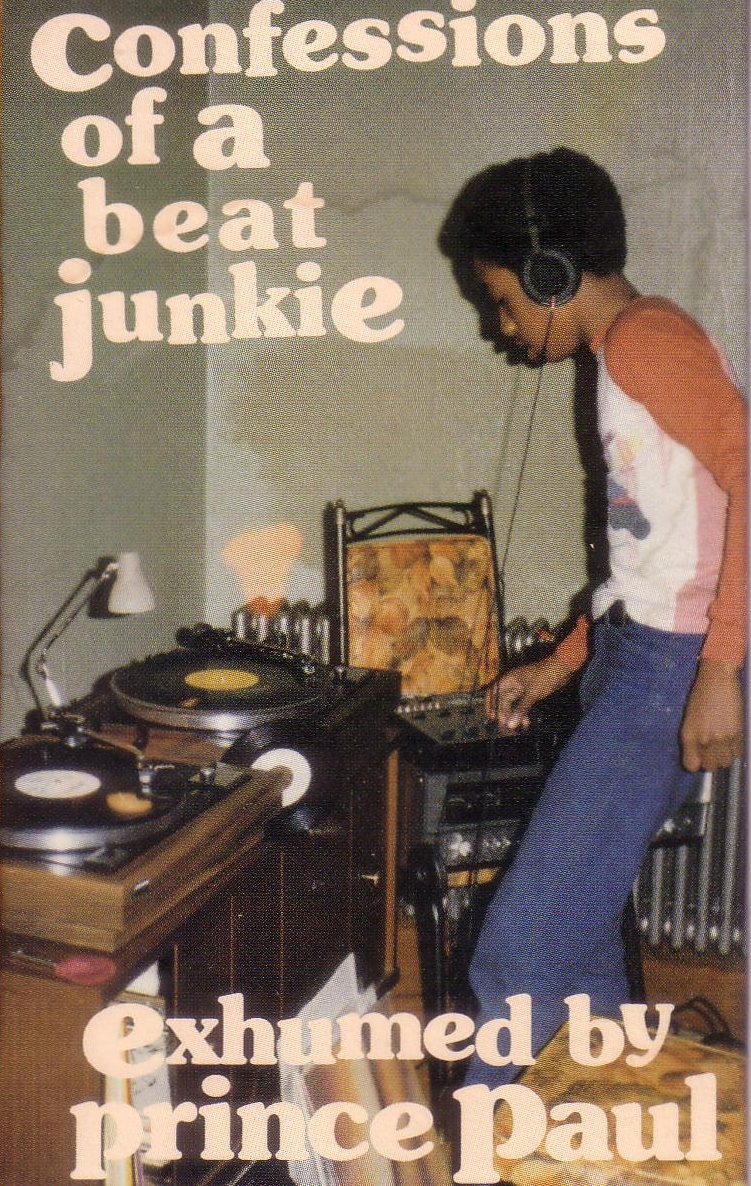 We’re huge fans of Prince Paul. So naturally, we were geeked to get our hands on Confessions Of A Beat Junkie, a promo tape Tommy Boy put out in ’97. The 35-minute blend of b-sides, unreleased stuff, famous works, and many skits don’t disappoint—especially if you’re familiar with Paul’s work. Not much info exists, so I wrote Paul and asked him to introduce the tape for us. Here’s his response:

Thanks, I’m glad you enjoyed the tape. I made this for Tommy Boy as a promo item in the late ’90s to reintroduce myself to the public. It was to launch off the reissue of Psychoanalysis and a new project, A Prince Among Thieves. I just wanted to make something different from the old traditional mixtape that was out at the time. I had my friends and mom do little intro pieces to the songs.

I wanted to make it appear like I was this elusive, eclectic guy, and they were describing my work to those who weren’t familiar with me. The photo [on the back] is a picture of my son when he was about 3 or 4. He was always facinated with the turntables now he’s a DJ himself at 17. I put a lot of work into that tape, I’m glad that it’s still being enjoyed. Thanks again.