I’ve always had a love affair with Joe Meek’s music and strange life– “Telstar”, I always thought, would be the perfect dirge at my funeral. Meek was so innovative for his time, lacing spooky instrumentals with washes of echo and sound effects. He sang, composed, and famously produced so many songs, and a good number of them were weird and icy, mostly due to his innovations behind the engineering board. It was also said he had a weird obsession with Buddy Holly, claiming that he spoke to him from the afterlife. 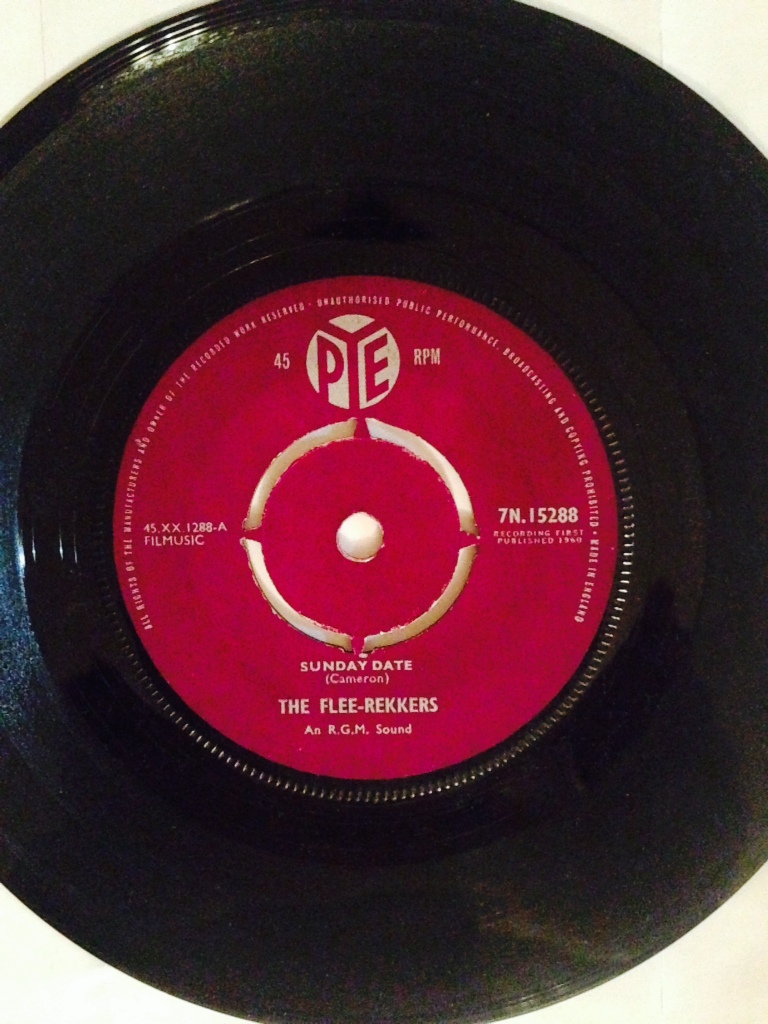 Meek also infamously told Brian Epstein not to sign the Beatles and advised the Small Faces to get rid of Rod Stewart. His story ends with a crazy murder suicide that capped a career of eerie tunes and an obsession with the occult (he’d set up tape recorders at graveyards to ‘speak with the dead’).

Produced by Meek, “Sunday Date” by the Flee-Rekkers is one I’ve wanted for a while and just recently acquired. It’s distinctly Meek, sounding like a slowed down surf instrumental, melancholy and kind of pleasantly haunting.