“From time to time, excellent material is recorded but, for one reason or another, is never released. This is a case in point.” —Jac Holzman, founder, Elektra Records

Today we have a gem from forgotten folk artist Clarence Cooper. His version of “900 Miles” has been a mixtape secret weapon of mine for years. To me, it’s a perfect song, powerfully delivered and unusually dynamic for a traditional folk ballad. Cooper had a brief but interesting career, delivering his lone album in 1955 when Elektra LPs were still released on 10″.

He was also in the Tarriers, a folk combo founded by the actor Alan Arkin. I discovered Cooper and this incredible recording through this Elektra sampler record from 1957 that I pulled from my grandfather’s collection after he passed. 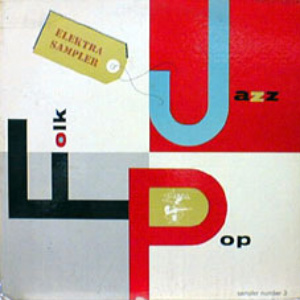 This is the only picture I could find of Mr. Cooper, from a 45 released in France containing his “Negro spirituals.” Any further information or copies of his other recordings would be greatly appreciated. 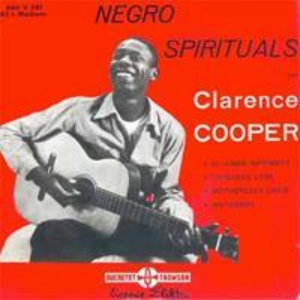 Here’s the song, I hope you enjoy it. Dig the way the guitar augments the whistle, the active bass, and the palpable sense of longing in the lead vocal.