(Collector Allen Johnson aka Overflo is a Chicago native who produced for Rhymesayers, EV Productions, and Chocolate Industries and he’ll be bringing us funky contributions of rare, random tracks from his crates. Though he leans towards old funk, hip-hop and electro, he also mingles with Jazz, garage, soul, Latin and boogaloo. He also founded and manages Birthwrite Records; get at him and his storefront at overflojenkins@aol.com. Below are some 45s from his stacks. – DM) 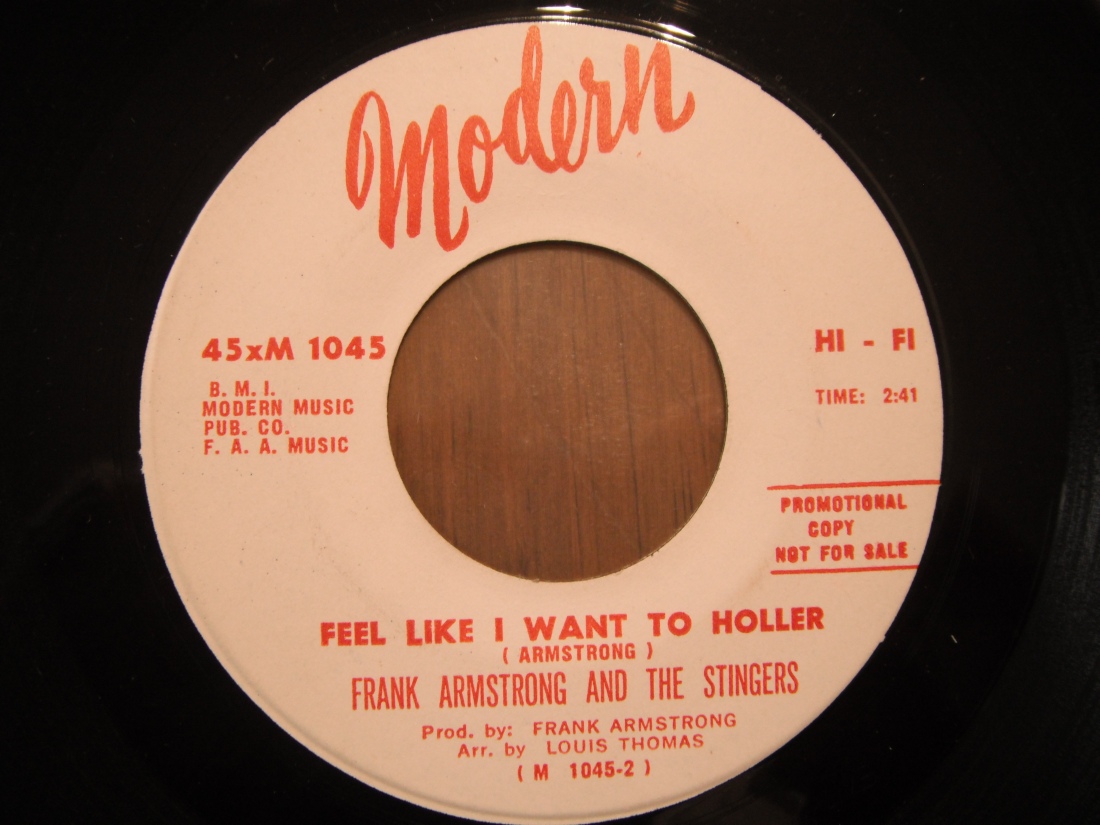 Frank Armstrong & the Stingers “I Feel Like I Want to Holler” on Modern. I dug this out of a garage in San Jose this past year, and I don’t know much about it. I skipped by it at first, but when I listened I knew I had to have it. It starts with a swanky guitar riff joined by some drums and a fast-paced bassline. It’s got some swing but stays funky. The rhythm section is arranged perfectly, and Armstrongs’ scruffy vocals make the entire song an enjoyable seemless tablespoon of how it’s done! As a bonus, the flipside “Humpin’” is a pretty groovy instrumental track.

Bill Coday “I Got A Thing” on Galaxy, year unknown. This is by no means Coday’s biggest hit, for me it’s an obvious pick! Coday worked with producer, Willie Mitchell (Hi Records) for years recording for Denise LaSalle’s Crajon label. LaSalle also wrote the song, which could just as easily have been composed by Fred Wesley & Maceo Parker. Many were funky but came off as imitators. Codays’ screams are the real thing. 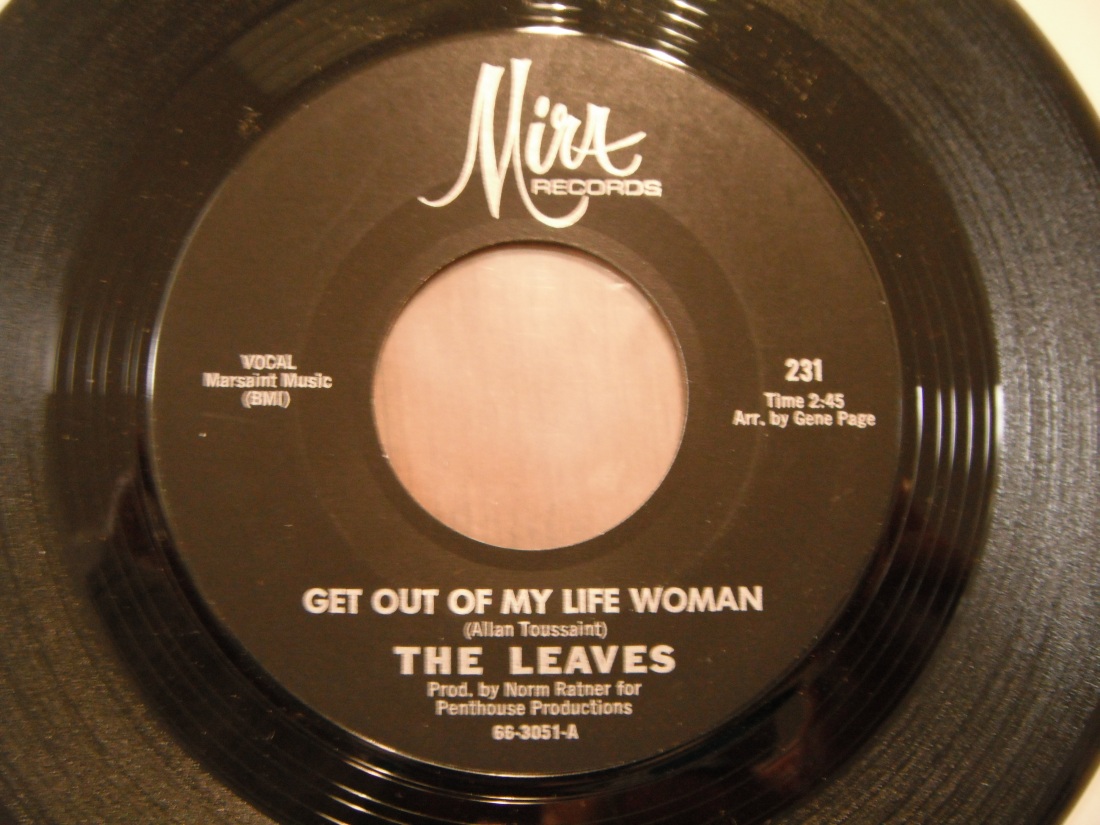 The Leaves “Get Out My Life Woman” on Mira 1966. The Leaves were a southern Cali based garage rock outfit who successfully interpreted this Toussaint classic! I remember being introduced to this break years back (the Lee Dorsey version) and instantly I was drawn to the drums; always the drums. To top it off the whole song is killer. The vocals bring a psychedelic vibe with nice harmonies. The song develops well with a slammin’ horn arrangement at the end. Ah, the ’60s rarely did they disappoint. 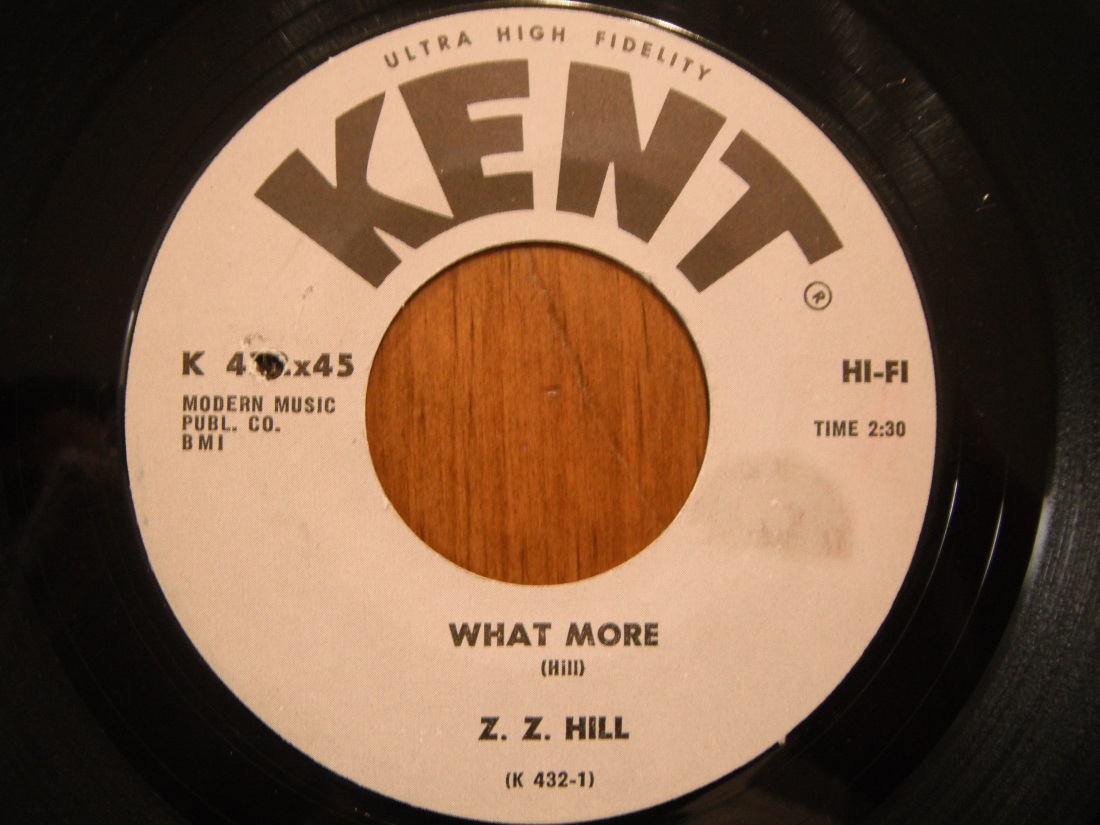 Z.Z. Hill “What More” Kent. Okay, of course when I think of Z.Z. Hill immediately the blues comes to mind. He didn’t have much success until the ’70s & ’80s recording the blues. However, he started recording in the ’50s and this hard to come by ’60s ballad on the legendary Kent label is smooth and downright soulful! The back-up singers lay some nice harmonies on the chorus as well! If you see this floating around somewhere grab it.

2 thoughts on “Let The Funk Flo”