(Shouts to Aja West for this great post; a look at the Allman Brothers’ “Midnight Rider” and its many incarnations. Joe Cocker’s take especially kills but all versions highlight different traits of the original. Really, they’re all great. Word Aja! -DM) 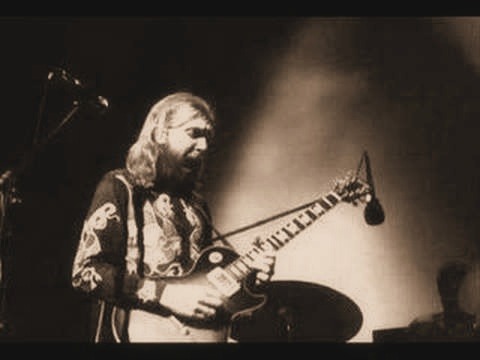 I love these blue-eyed soul men for their harmonizing voices on this escape and chase caper. The simple guitar pattern that grows in strength with the low end throughout this country funk song works well as hell. For all those riding dirty this ones for you!

Still’s guitar lick led version rolls “smooth as strawberry ice cream” down the side of a waffle cone. Stephen loads his falsetto crossbow carefully palming his high-pitched “ace in the hole” arrows, guarding the audience against how he’s about to funk them up.

Smoking. A slow opening with Cocker testifying then: congas, bass, drums and a mean Bruce Lee cymbal pattern. The Female backline rocks the Kasbah. I have subtle memories of a “Doobie Brothers” style break beat on this track but I was riding dirty at the time so who knows?

The Wood Brothers version carries a unique jazzy arrangement. I especially like the upright bass changing the whole groove significantly and not just the low end. This is the poorest recording of the pile, at times verging on distortion and I simply don’t want these fools to fix it.

Classics and Obscure versions for the whole family