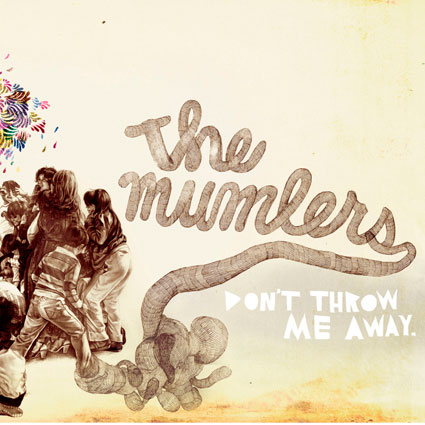 The Mumlers- “Coffin Factory”, lead single from Don’t Throw Me Away

The Mumlers‘ second album, Don’t Throw Me Away, comes out tomorrow on Galaxia Records. Like their debut, the musicianship is sharp and the songs really sound sincere. And the arrangements, though quirky at times, always compliment the vocals in an unforced way. The first album had traces of Soul, but the new record has even more. Don’t Throw Me Away contains some of their best work yet.

What’s more, these guys are from San Jose, California of all places. In the coming months, Will Sprott, lead singer/songwriter of the Mumlers will be dropping by NERDTORIOUS with thoughts on his favorite singer; American soul and blues artist, Bobby “Blue” Bland. Until then, please pick up the new record and catch them on tour where they’ll be opening for The Black Heart Procession. They’re definitely going places—check out their music to see why.

One thought on “Straight Outta SJ: The Mumlers”