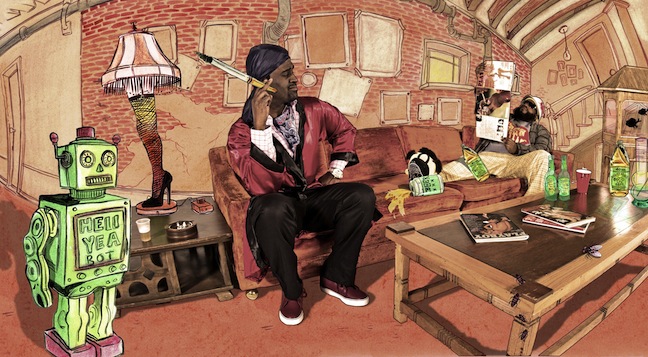 Plug 1 and Plug 2 of De La are reinventing themselves (sorta), taking on monikers Dave Jolicoeur and Kelvin Mercer for their new project, First Serve. Though it’s more of an excuse to mess around and possibly explore newer avenues of output, First Serve seems like a modern De La project with a party vibe, plenty of laughs, throwback nods and a Handsomeboy-esque approach.

You can see more on the release on their Soundcloud page or peep their Tmblr to get a sense of the humor and aesthetics of the project.

In addition to the ensuing hype, peep their Goon Time Mixtape below, a party mix featuring some odd pairings, mainstream mashups and an old school party vibe– most importantly, it showcases the new First Serve joints. They might blow up but they won’t go pop!