(Editor’s note: This comes to us from veteran music writer Michael A. Gonzales whose work appears in XXL, Spin, The Village Voice, Wax Poetics, Vibe, The Source and Stop Smiling. Gonzales writes about visual arts for HYCIDE, co-edits the erotica journal Open, and publishes crime fiction. You can also catch him on his blog, Blackadelic Pop. He lives in Brooklyn where, according to him, the ghost of Biggie Small haunts him constantly. We’re very excited and honored to have Michael get down with us. – DM) 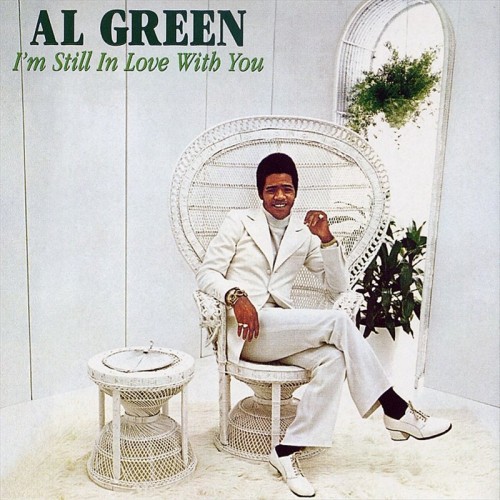 I’ve had a long with relationship with the buttery hot grits southern soul of Al Green. When I was a boy growing-up in Harlem, my lanky next-door-neighbor Betty had a crush on the brother Green so hard that she bought a replica of the white peacock chair he was sitting on the cover of I’m Still in Love With You .

Convinced Al Green was going to be her husband, I guess she grew tired of waiting and got hooked on angel dust instead.

Ten years later, having moved downtown to 24th Street, across the street from the School for Deaf Children, my next-door neighbor played Al’s repertoire every Sunday morning as though his voice was the equivalent of a Baptist Church service.

Still, it wasn’t until I began living with publicist Lesley Pitts in 1991 that I finally understood the power of soul. Returning home from interviewing Method Man for an Ego Trip cover story in 1994, I was feeling kind of rowdy. Since most of the day was spent watching homie Chi Modu shoot shots for the album packaging while the ill Rza produced tracks played in the background, I was determined to keep that same energy when I got back home.

Opening the front door, Lesley was cooking a soul food dinner that smelled delicious while also blasting Al Green’s laidback mack attack “Love and Happiness.” After kissing her hello, I went across the room and began searching for a rock song I desperately wanted to hear. “What are you doing?” she asked. “I was going to play Led Zeppelin’s song ‘Dazed and Confused,” I answered. After puffing L’s with Meth all day, that was exactly how I felt.

Lesley looked at me, turned to the stove where she was fixing fried chicken, macaroni & cheese and greens, and then glared at me again. “Well, I believe that music affects the cooking, so do you want the food to taste like Al Green or Led Zeppelin?” Needless to say, the velvet funk of Memphis’ main man Al Green stayed on until those pots were turned off.

It was a few weeks after my tenth birthday and the regular sitter where me and baby brother went every morning was sick. With nowhere to go while mom dukes worked, she decided that we would be shipped go the heart of Harlem to daddy’s apartment on 123rd and 7th Avenue. Daddy was a short Puerto Rican nightbird who hung tough until the break of dawn and slept through the day. I suppose mom had no choice, but babysitting wasn’t really his thing.

Around noon, when we got a little too loud, he gave me and Carlos some money and instructed us to, “…go to the Apollo, watch a movie and call him from a pay phone when we were finished.” Luckily, for my music loving self, the feature that day was Wattstax.

Although for the duration of the film I was exposed to the grit and grime of the Memphis soul folks The Bar-Kays, Isaac Hayes, Rufus Thomas, The Staple Singers and others, afterwards I was still thinking about my then favorite song, the slick pre-disco dance track “Keep on Truckin’” by former Temptations singer Eddie Kendricks.

Having heard the song blaring on pop station WABC and the soul heavy WWRL, its irresistible groove put a mojo on me. Earlier that day, the gangster swagger of the rhythm track was blaring from one of the colorful hogs the players parked outside the Shalimar Barbershop and stayed stuck in my head.

With a couple of dollars burning a hole in my pocket, as grand-ma used to say, after we left the movie I split the cash with baby bro, who went directly to the pinball machine cluttered game room down the block.

Me, well I darted down a few doors to the Harlem Record Shack and bought the 7” of “Keep on Truckin’ (Part 1).” Although I could barely understand the lyrics, one could just tell the brother was saying some cool shit as the conga drums and sly guitar work swagger in the background.
To paraphrase Eddie Kendricks, nothing could hold me back. Returning home that night, I played that jam a million times. 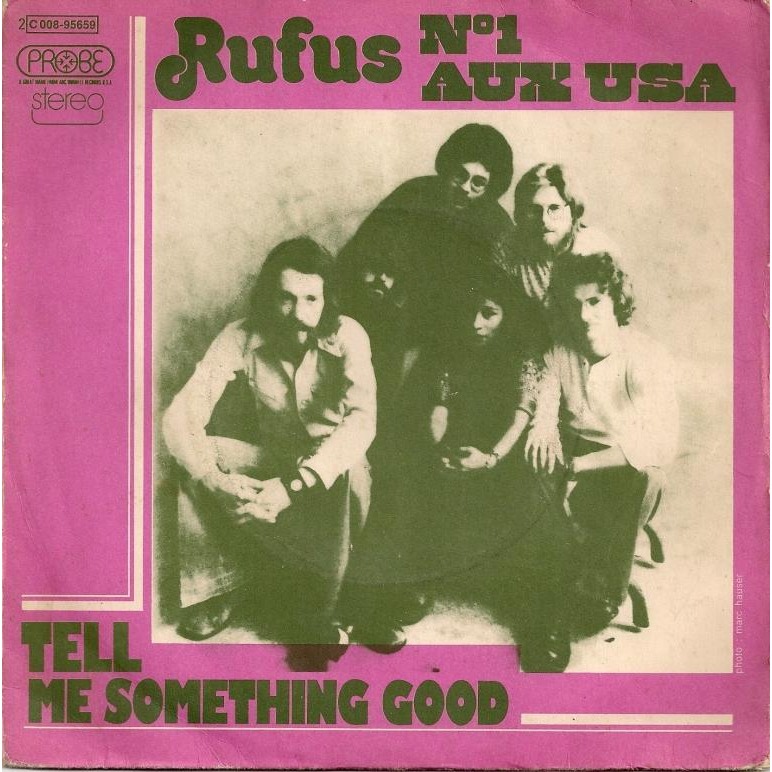 Back in the 1970s, while little girls had the Jackson 5, The Sylvers and other dance-step coordinated boy bands to drool over, young boys like myself didn’t have any age appropriate sex symbols to call our own. Most of my puppy love was limited to the refined pop of Diana Ross, Marilyn McCoo (please don’t get me started on the wonders of the 5th Dimension), Dionne Warwick and Shirley Bassey.

However, in 1974 when I first heard “Tell Me Something Good” blaring from the radio, the twenty-one-year-old wild child named Chaka Khan became the first carnal pop crush of my wet dreams. Unlike the sequined darlings mentioned above, Chaka Khan wasn’t trying to be a lady as she sang on the Soul Train stage wearing a midriff top and dancing passionately as Rufus threw down with the perfect rock-funk hybrid.

All of twenty-one at the time, Khan’s vocals on this Stevie Wonder penned single was sexier than Pam Grier’s photo spread in Players magazine the year before. I wasn’t quite certain of the sexual innuendos, but I so badly wanted Chaka Khan (even her name sounded mythological and raw) to make me wish there was “48-hours in each day.”

While I was content listening to the song on the radio, in August of that ‘74, I found out that my country cousin Dawn was coming to visit from Hagerstown, Maryland, so I strolled down to Mr. Freddy’s Record store and bought the 7’’ single of “Tell Me Something Good.”

From the open guitar riffs to the talk-box thing speaking in strings two years before Frampton came alive, this was my eleven-year-old way of trying to tell my cousin Dawn that I was cool and had great taste in music.